Is a Person REALLY a Person No Matter How Small? 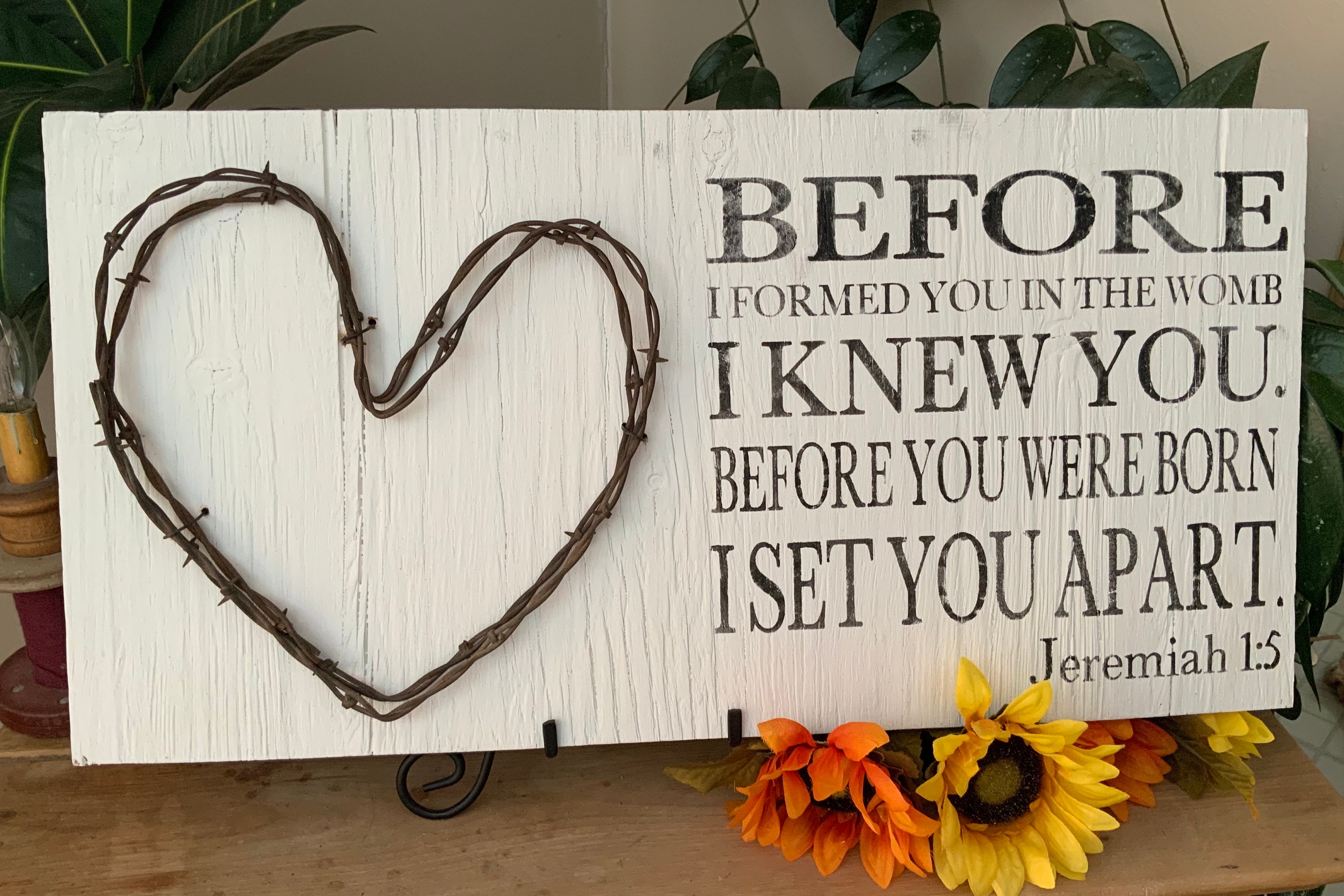 As Mary approached with the unborn Jesus inside of her, the Bible tells us that the unborn John the Baptist, jumped for joy inside his mother’s womb. Wow! I imagine this was just the confirmation and assurance that Mary was needing at this time. But this is also such a confirmation that God does know US even in our mother’s womb.

I staunchly believe that God knows us in the womb and that we are alive and human at all stages before birth. I have heard others refer to the unborn in the first trimester as simply “baby starts” or some such other terminology and I think this minimizes a child’s personage. They are not just “baby starts”, they are tiny people. God KNOWS us in the womb. How cool is that?

I don’t usually get very personal or political on social media but with abortion rights being such a hot topic lately I really feel compelled to share a part of my personal life story with those who might need to read this.

I’ve given birth to four living children and have lost three before they had a chance to be born. Here is a bit of my story:

In September of 2001, I was 20 weeks pregnant when my midwife couldn’t find a heartbeat during my scheduled exam. An ultrasound the next day confirmed my worst fears.  My baby Had died and I was admitted to the hospital to have labor induced.

Keep in mind that at 20 weeks, abortion is completely legal in most states and is likely not considered a late term abortion as the gestational age is about 18 weeks. At this time I was clearly showing a “baby bump” and had been feeling my child move for 2 weeks.

I was given medication to induce contractions and requested morphine as I did not want to feel pain from a labor that would not result in a living child. I didn’t want to feel anything if I could help it. Two lovely nurses took turns sitting with me, holding my hand and crying with me, sharing the pain and sadness over the death of my child.

About four hours in, my water broke and my baby was delivered. He was a tiny baby boy, about six inches long. He was clearly a human being with arms, legs, fingernails, toenails, eyes, ears and clearly visible genitalia. This was not a mass of cells or little alien being. He was HUMAN!

The nurses took his foot prints and photographed him for me. He was given the name James Gordon and was placed in a tiny box with a blue fabric liner so I could take him home with me to be buried. I woke up the next morning, to the horror of 9/11 splashed across the news and my breasts full of milk that was meant to nurse my son. I was shattered!

The doctor and nurses treated me and my son with love and respect during this grieving process. It amazes me that the death of my son could be handled with so much care and compassion by medical staff while other babies at this stage are cut to pieces or poisoned in the womb and extracted in pieces.  It is almost as if we get to decide which babies are people and which are only tissue.

Fast forward to early 2008. I was pregnant once again, but this time with terrible morning sickness. I lived on soda crackers and ginger ale. By 13 weeks I had been to the midwife twice and everything was looking good despite my constant upset stomach. I was beginning to feel my tummy swell and my nausea began to ease up. For perspective, this is close to the age that Jesus was when John leapt for joy in his mother’s womb when Mary approached.

Forever burned in my memory, will be the Sunday at that 13-14 week mark. I was standing in the middle of the back row of Condon Community Church. I remember the light blue shirt and blue jeans I was wearing that showed off with pride the slight swelling in the abdomen. I remember the guest speaker had just finished speaking about how we all experience and deal with loss and had risen for the closing hymn and prayer. It was at that moment that I felt.... literally felt... the spirit and life of my unborn child leave my body. There was absolutely no denying what I had just felt.

I knew in that moment that my child had died. The next morning I made an appointment for an ultrasound. I held my breath as the technician moved the transducer over my belly and cried when the picture of my tiny lifeless child appeared on the screen. The technician left the room to get the doctor who confirmed the absence of a heartbeat.

I was given contraction inducing medication to take at home and later that evening I miscarried. My baby was a tiny inch or two long. While I could not determine the gender, he or she had eyes and nose, tiny arms and legs and visible fingers and toes, very clearly a human being.

I was very grief stricken after this miscarriage and spent quite some time mourning this loss but as traumatic as this event was to me, I also accept the huge gift God gave me in it. He gave me the gift of knowing with certainty that He DOES KNOW us even in the womb. We are His and a gift from him. By allowing me to feel my child’s life leave my body I was given a testimony to share with others about this amazing gift.

It is my hope that by sharing my story with others it might change even one mind or give assurance to even one person. Our unborn have no voice of their own, and it is our job to speak for them.

Lastly.....Sisters, if you are ever in a situation where you consider abortion, please, please get an ultrasound first so you can SEE your child as the human being he/she is and please consider what I have shared with you here. I am always open to talking with you and do truly care for you.

Previous Post The Importance of Modeling Kindness in an Unkind World.
Next Post 2022 Needs to Become the Year of the Garden
0 items in your cart